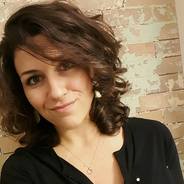 A native of northern New Jersey, Alyssandra became involved in theatre, as an actress, at ten years old.  As a freshman in high school, she climbed a ladder with a wrench in her back pocket for the first time, and has been working with lights ever since.

Aly attended DeSales Univer﻿sity in Center Valley, PA where she earned her BA in Theatre and graduated with honors.  After graduation, Aly spent ten months as the Elaine McKirdy Apprentice in Electrics at Goodspeed Musicals, a Tony Award winning regional theatre in Connecticut.

In May 2011, Aly accepted the position of Local Assistant Lighting Designer for Philadelphia Theatre Company's production of Ruined. That August, she signed on as the full-time Lighting Supervisor for the company, and enjoyed her resident position assisting all visiting lighting designers for five seasons.

Alyssandra began working with Koresh Dance Company in September 2013. As their Associate Lighting Designer, she tours with the dancers and founding Artistic Director & Choreographer to set the show at each venue.  In 2017, she took on a similar role as the Lighting Director for BalletX.  Between the two companies, she's traveled to Belarus, Mexico, Bermuda, Serbia, and all across the USA.

Aly is a proud member of United Scenic Artists IATSE Local USA 829 since 2022.